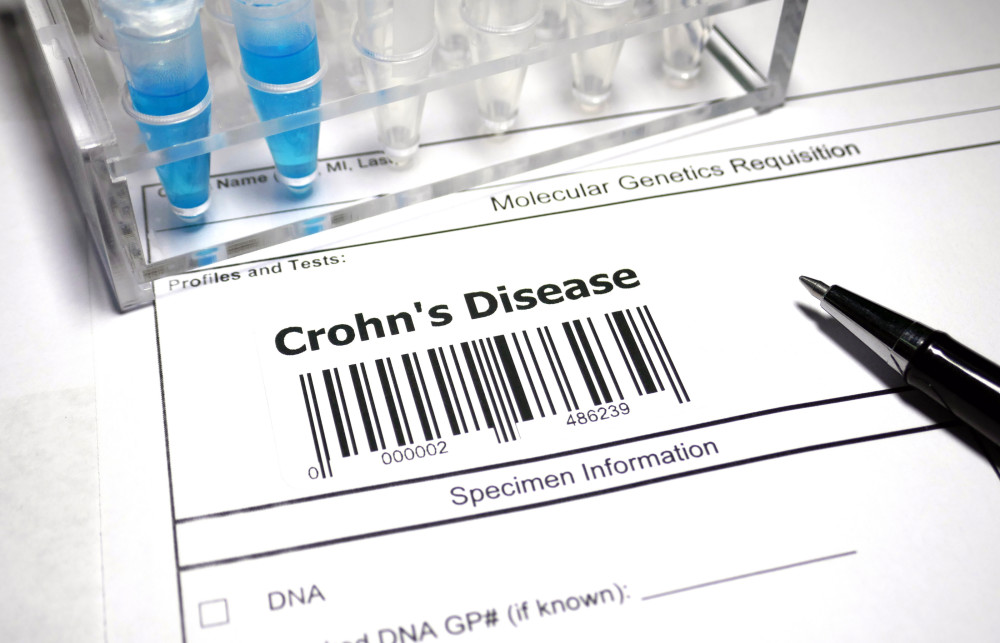 Everything You Need to Know About Crohn's Disease

Crohn’s disease falls under the umbrella of inflammatory bowel diseases (IBD) alongside ulcerative colitis. This condition irritates the digestive track and can cause swelling – which can lead to uncomfortable symptoms in the short-term and potential damage over the long-term. Crohn’s disease is a lifelong disease with no cure.

About 500,000 people in the United States are currently estimated to have Crohn’s disease – with research pointing to an upward trend in the total number of people over the last ten years. The exact cause of this trend is unclear (1).

Living with Crohn’s disease can be stressful and overwhelming, but arming yourself with disease information and facts can help you understand how best to manage your condition and live an active life. If you or a loved one has been diagnosed with Crohn’s disease, learn more about how to navigate best the uncertainty and the treatment options available to help you:

What is Crohn’s Disease?

Crohn’s disease is a condition that causes chronic inflammation in the gastrointestinal (GI) tract. The condition can affect any part of the GI tract, but it most commonly occurs at the beginning of the colon or the end of the small bowel (ileum). The inflammation does not always affect the entire intestine – leaving some areas normal between patches of diseased intestine.

What Are the Symptoms of Crohn’s Disease?

People with severe forms of Crohn’s may also experience the following symptoms:

What Are the Risk Factors and Causes for Crohn’s Disease?

The cause of Crohn’s disease is not known. Previously, researchers believed diet and stress could be the cause, but these are now established as condition aggravators, not the cause (4). Certain factors as associated with an increased risk for developing the condition. These include (3):

Crohn’s disease can cause one or more of the following complications in people with the condition (4):

What Treatments Are Available for Crohn’s Disease?

Although there is no cure for Crohn’s disease, there are several different treatment methods available for managing the condition. The right treatment varies by person and can depend on what symptoms they have and how severe they are. Ultimately, treatment goals focus on managing symptoms, maintain remission and address any complications that arise over time.

Depending on the severity of your symptoms, your doctor may prescribe any one of the following classes of medications to help manage your Crohn’s disease (3):

Managing diet and nutrition is a critical component of any Crohn’s disease management plan. Your doctor will help you work through the specifics of your dietary recommendations for your case.

When you are not experiencing symptoms or are otherwise in remission, your diet should be diverse and rich in nutrients. Healthy foods and nutrients to focus on include:

Medications and diet can help improve symptoms of Crohn’s disease, but ultimately about 70% of people living with the condition end up needing some form of surgery. Surgery is used to preserve portions of the GI tract, help control symptoms when medications are no longer effectively doing so and if a fistula, fissure of obstruction forms (2).

Although surgery can provide relief from symptoms in the immediate term, surgical procedures usually do not offer a permanent fix for these issues. About one-third of people with Crohn’s disease who have surgery experience symptoms again within three years, while 60% experience recurrence within 10 years.

Living with Crohn’s disease can be challenging at times. Symptom flare-ups are unpredictable and can interrupt your ability to live daily life. The good news is that your healthcare provider can help you work through steps to talk to keep the disease under control. Your overall quality of life can be maintained with the right treatment, lifestyle adjustments and symptom monitoring.